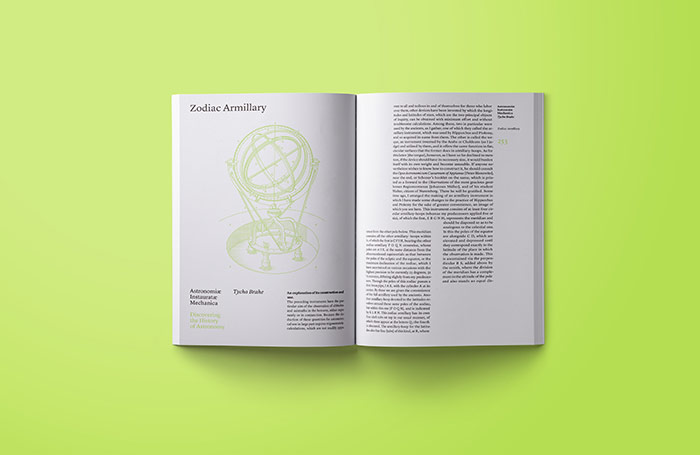 Tycho Brahe was a Danish astronomer, a great observer. His accurate observations helped Johannes Kepler to publish his theory of elliptical planet orbits instead of the circular ones that people believed them to be. Brahe was considered the greatest observer of the sky in the period before the invention of the telescope.

Tycho thought that progress in astronomy could not be achieved by occasional observation and spot investigations, but that systematic measurements were needed night-after-night, using the most precise instruments possible. He created a lot of instruments for his work and needs.

Those inventions were described in the book Astronomiae instauratae mechanica, with beautiful engineering illustrations. The instruments designed by Brahe allowed him to measure the positions of stars and planets with a precision far superior to that of the time. He was able to make a precise star catalog of more than 1000 stars. Since then, his scientific instruments have been widely copied in Europe.

We have linked Brahe’s book to Venus, as Venus is the brightest planet. The use of phosphorescent ink over the cover, means that in the dark, the title is revealed.