Worldwide shipping! Please be aware that deliveries can be impacted in some countries due to the COVID-19 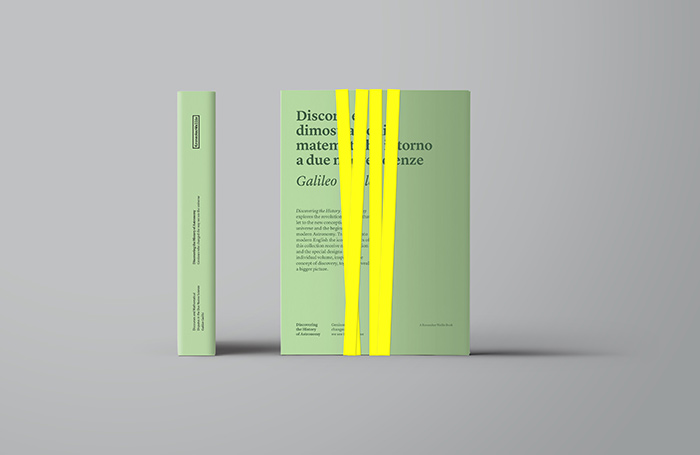 This is a work in progress project. The Astronomy collection will be launched in 2021 due to COVID-19.

Published in 1638, also written in the form of a dialogue between the same characters, Galileo collects his research on kinematics and science of the materials made throughout his life. It is considered the foundational book of modern physics and more specifically kinematics.

It was written during the confinement suffered by Galileo in Arcetri as a result of the Inquisition’s condemnation for having written the book Dialogo sopra i due massimi sistemi del mondo.

Isaac Newton after expressing the three basic principles of dynamics, points out that these principles derive from Galileo’s experiments and theories on free-fall movements and on an inclined plane and on the two-dimensional movement, such as the launch of the projectiles. Topics of Discorsi e dimostrazioni matematiche intorno a due nuove scienze.

We linked Discorsi to Saturn. The main feature of Saturn is its great ring. For this reason, what will hide the title of the book, will be the several rubber bands that surround it.